The Random Access Information Blog has moved to a new URL address. You can find new posts at: raiwebs.com

JACON 2008: The Horror That Dare Not Speak Its Name 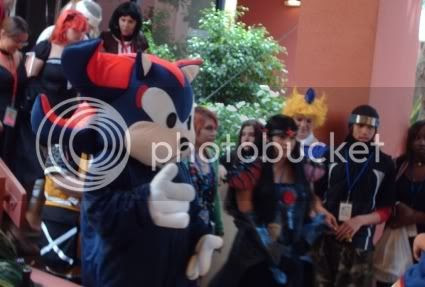 KISSIMMEE, May 18 — It's been nearly a month since my last blog post due to a very busy work schedule. This time I'm blogging from the sunny state of Florida. I'm here for the local anime convention known as JACON.

This year's JACON was held at the Orlando Sun Resort by Lexington (aka The Ramada Orlando Celebration Resort and Convention Center). The hotel recently changed their name, which caused a bit of confusion.

After I got to my room, I dropped my stuff and went directly to the convention center. As I walked into the hallway, I ran into television's Daryl Surat [Anime World Order (AWO) and Otaku USA]. We quickly rounded up some other people including Gerald (AWO) and Paul "Gooberzilla" Chapman (Greatest Movie EVER Podcast and Otaku USA). The group went to watch the live-action Speed Racer movie at the local IMAX Theater. It was a good film despite Gooberzilla's opinion. (I might write a review for this blog.) 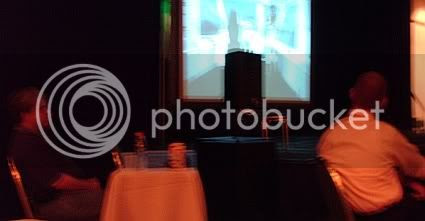 I was surprised that the crowd was pretty big at the beginning. However, they did not last. They never do... The crowd was struggling, but they made it through an hour of the movie. At that point, Daryl announced, "there is still another hour and twenty minutes to this show." This absolutely frightened the crowd, and half of the audience left the panel.

The movie ended at 2:30 AM. I was dead tired. A few people withered away. The remaining thirty-something people got free "I survived the Odin Endurance Marathon" t-shirts.

On the second day, I ran into Charles Feldmeth from the New York Metro Anime club. We browsed the dealers’ room, but nothing really enticed me. I usually don't buy a lot of con merchandise. I hate con impulse shopping. I always regret it later.

We had lunch and attended a Japanese Music panel. The panel played a lot of sugary pop acts. It was too pop for my tastes. I decided to take a break and took a nap in my hotel room. 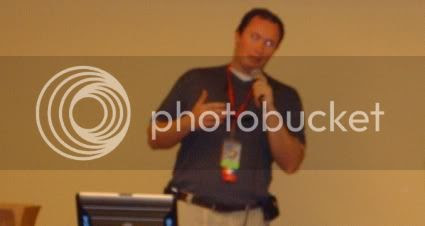 As Gerald talked about the scope of Giant Robot shows, he played opening sequences from different mech anime show such as Gundam (ガンダム), The Super Dimension Fortress Macross (超時空要塞マクロス), and Go Lion (百獣王ゴライオン). It was an interesting panel, but he ran out of time.

He was followed by the "Manga Influence on American Comics" panel. It was run by final_fury and his special lady friend. They were originally slated for a two-hour block, but Joey had to reduce it to an hour. They also ran out of time, but they still managed to have an entertaining and informative panel.

We all went to grab a quick dinner and attended a private recording of the Snacktime Online Podcast with Joey Snackpants Esquire, Daryl, and Gooberzilla. You can listen to the podcast at The SNACKTIME ONLINE Podcast.

Max Pointing at Television's Daryl Surat (Panel of Doom)
After the podcast recording, we proceeded to "Panel of Doom". It was Daryl's one-man show of horror. It was pretty awesome. All I can say is "Once you watch it, you can't unwatch it!" I am legally prohibited from describing the panel. You have to see it for yourself.

On Sunday, I roamed the dealer room again. Some items were marked down, but they were still kinda high compared to other cons. I didn't get anything.

In summary, I had a good time at JACON. Joey and his crew put on a good show. 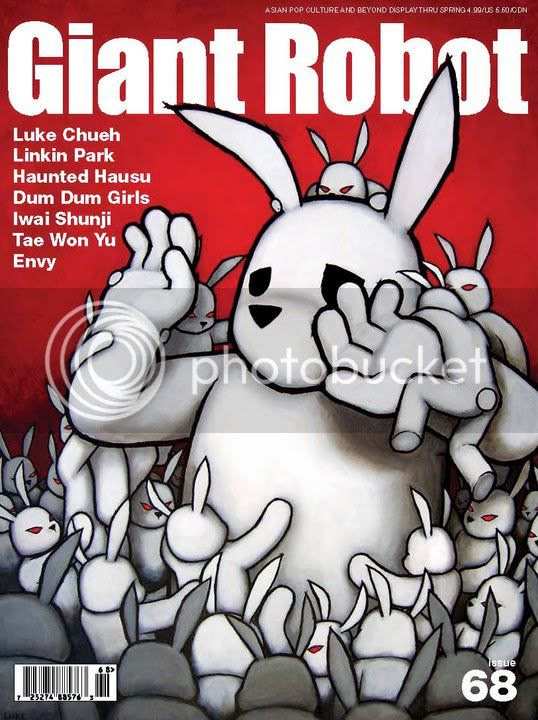